We've all gotten the typical spam emails with the pleadings to help out the poor displaced king who will in turn grace you with millions of dollars, the free offers for iPads, computers, automobiles, miracle weight loss offers, libido enhancers, phishing emails from non-existent financial institutions or imposters of real banks prodding you to enter all your personal data in order to avoid having your accounts frozen.

Here's one we hadn't seen before, but the tactic has been around for a long time. We received an email in German. The attachment is what looks to be an ordinary Adobe Reader PDF document, but, since none of us at Mobile PC Solutions have entered any sweepstakes, German or otherwise, we were suspicious.

Gosh, this guy's a doctor so this must be important!
Dr. Alfredo De La Paz? Really? These guys could have at least chosen a more German-sounding name.
We used Google Translator to see the body of the email in English. 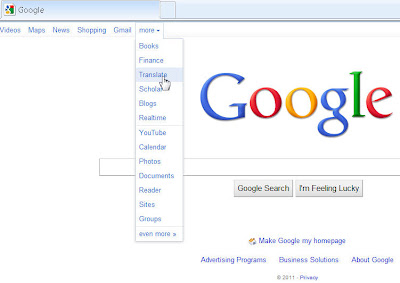 Google Translate can roughly convert one language to another. It does it's best.

We're pretty sure that these guys don't have any better grip on Deutsch than they do on English.
While we had a little fun using the Google language translator, we didn't open the attachment.
Trojan viruses are distributed in these fake PDFs and if opened, will automatically install a virus worm, a rootkit, and lots of ugly software that will render your computer useless, or will greatly compromise the security. If you receive suspicious emails, don't open them. Mark them as junk and move on. Even if it comes from someone important, like a doctor!
If you've already been infected, please contact Mobile PC Solutions for help.
Posted by Darby at 4:44 AM